"Sliced and diced."
―Dice, after winning a match

Dice is a playable character in Lethal League and Lethal League Blaze. He was added to the original game in "Update 4: The 6th" on November 8, 2014.[1]

Real name Hans Insel, Dice eschews the typical weapons of choice for a ping pong paddle that he wields with uncanny force. He appears distant at times, but can be intensely concentrated whenever he feels the need. As a Buddhist, Dice is known for his mental discipline and diligent physical training.

Dice has access to a crouch-jump, which allows him to reach the top of most stages. He has a high top speed and quick acceleration; this, coupled with his fast vertical acceleration, means that precision is required to catch the ball mid-air.

Dice can only activate his special during hitlag after he hits a ball by swinging again. His special, while it lacks in precision control, can be manipulated in numerous ways. He can, during hitlag either as he activates special or after he activates special, move the ball in an arcing direction either left or right. After manipulating the ball either left or right, he can make the arc more or less shallow by using the normal directions, up making the arc wider and down making it more shallow. Once the ball hits the ground after it's arc, it may do one of two things: It can launch off the ground at a shallow angle much like the switchflip angle if left or right are held, or if up is held, it will bounce vertically, similar to a down-bunt. If the ball hits a wall, it will follow the wall like switch's wall surf but the ball will always slide down the wall. Once it rides along the wall, it will reach the corner between the wall and the floor. Upon hitting a corner between the ground and a wall, it will use the previously explained shallow angle. However, if the ball touches the ceiling while arcing, it will ride the ceiling in the direction it was already going in. As it slides along the wall, it will reach the corner between the wall and the ceiling, where it will launch at his neutral-down angle while midair, or nearly 45 degrees. 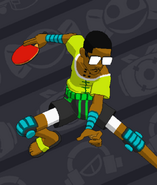 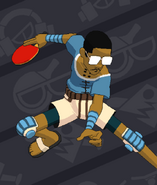 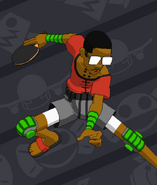 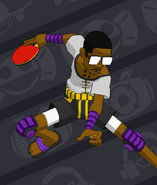 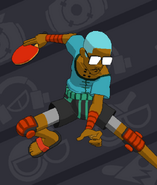 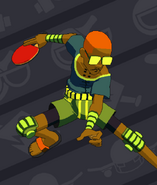 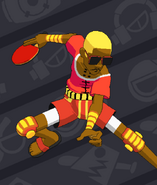 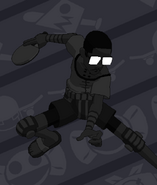 Shadow Variation (Seen before the Boss Fight in challenge mode) 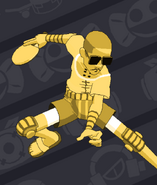 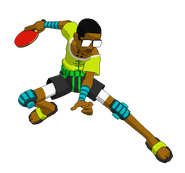 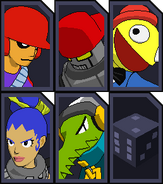 Lobby before Dice was added 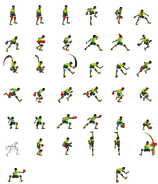