Quotation page
Doombox is a playable character in Lethal League (via a cheat code) and Lethal League Blaze. He is the last opponent fought in Challenge in both games.

Doombox is an out of control experiment that escaped and took control of the first machine it could find - a classic boombox. He has a tendency to go berserk for reasons unknown. His reasons for playing in the Lethal League are likewise unknown.

Doombox can hover and fly in multiple directions. Doombox can only hover for about 4 seconds before needing to land. Doombox's special move targets an opponent and launches the ball straight at them. Doombox can bunt out of his special. Doombox can also push opponents away, and launch the ball in a straight line from which direction he is looking, by crouching and pressing jump.

With the biggest hitboxes in the game, Doombox is great at ball races and keeping the ball to himself. However, his angles are not as deadly, making him a strong, but difficult character. 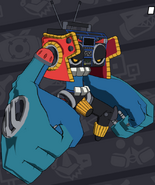 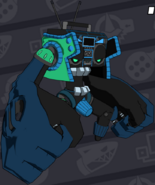 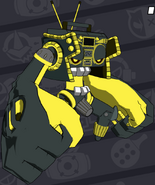 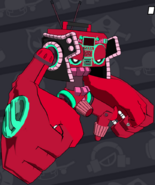 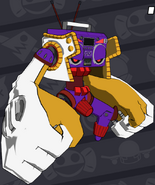 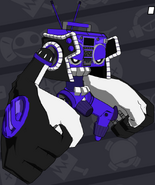 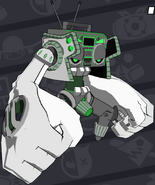 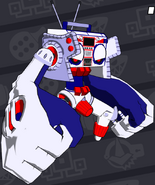 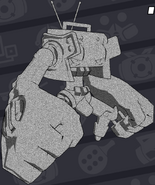 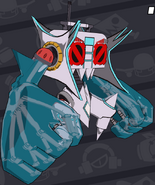 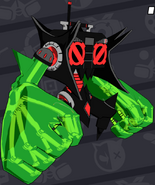