Quotation page
Dust and Ashes are playable characters in Lethal League Blaze. They were added in the Shadow Surge Update on October 31, 2019.

Sentenced to death and hanged. In his final moment he was hit by lightning. The word 'Dust' echoed in his mind as he was thrown into a state of limbo between life and death. His shadow was split from his body and turned into an entity called Ashes. Dust carries with him a watch that stopped on the exact time of his execution.

Dust was a man supposedly framed for killing someone, assumed to be in a Lethal League match. Upon being hanged, a fork of lightning not only struck his rope noose, but broke his watch, and either seriously harmed, or killed the chief of Shine City Police. After he came to in the afterlife, he was split from his shadow, creating the being known as Ashes.

After Dust's second jump, you can hold jump to turn Ashes into a parachute and float down slower. This gives Dust extra options, such as to wait in the air with the ball for timing mix-ups. Dust cannot airturn while in his parachute, however, bunts will cancel the parachute so he can airturn swing or spike freely after a bunt. Dust can fast-fall out of his parachute as long as jump is not held down.

By using his special, Dust can give Ashes the ball, who can travel left or right for a period of time. The higher Dust is on the stage when the special is activated, the further the special will travel. At the end of the special, the angle the ball is released at can be chosen. The choice of down angle out of special depends on if Dust is on the ground or in the air. You can also make Ashes bunt the ball for more mix-ups. 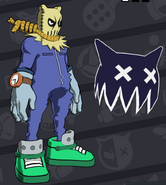 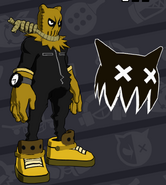 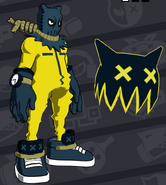 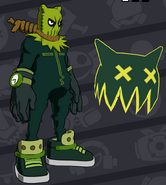 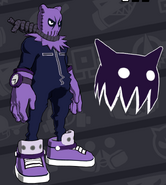 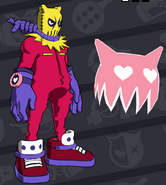 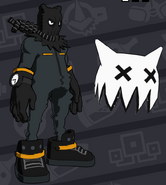 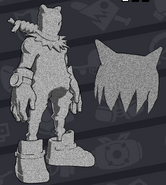 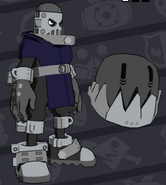 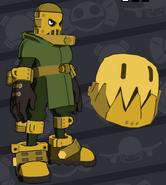