"Pfft. Hardly worth my time."
―Latch, after winning a match

Latch is a crocodile outfitted with a mechanical tail. Enhancements to his spine and brain allow him to function in human society. He is in possession of tremendous physical as well as mental strength. His personality is calculated, his movement is raw.

Latch can wall-climb by maintaining a jump input upon impacting a wall, and must be held to stay on the wall. Unlike Switch, Latch can swing from the wall without giving up his position. This gives him a new downward neutral angle and also changes his hitboxes slightly.

Upon activating special, Latch scoops the ball into his mouth. Latch will keep the ball in his mouth until the ball's original hitpause is used up, at which point he spits it back out. Latch can bunt out of special at any time, allowing him to mix up his opponent. When Latch spits the ball out at an angle, he can choose Up, Forward, Air/Ground Down, and his "Latchflip" angle in the direction he is facing. By inputting only Down, Latch will use Air Down in the air and Ground Down on the ground, and by inputting Forward + Down, Latch will spit it downward at his Latchflip angle, which is a different, shallow angle. 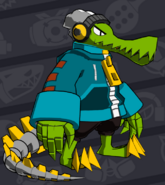 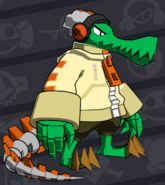 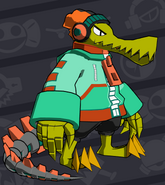 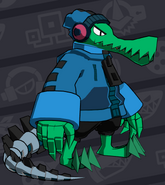 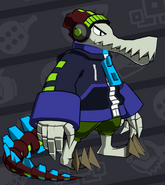 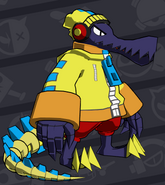 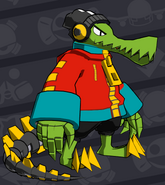 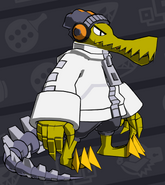 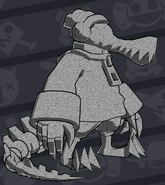 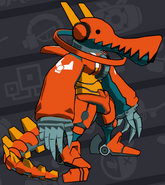 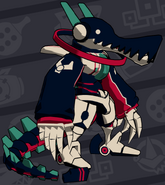 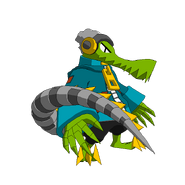 Latch appearing in one of the Steam Profile Backgrounds 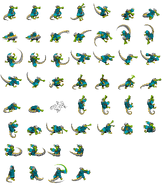