"Beat and broken."
―Sonata, after winning a match

As a renowned b-girl and emcee Sonata can hype up any crowd, at any time. She carries a custom boombox hammer and wields it effortlessly, owing to her diligent training. Having a big reputation, Sonata is often challenged. She however, never backs down from a callout.

Sonata has a double-jump activated by pressing jump again mid air. (In Blaze, this is changed to a triple jump as every character now has a double jump)

Sonata's special is a slow, fixed-speed attack that allows you to control the ball multiple times in the air. The ball can sent in three directions in the way she's facing, then can be controlled two more times with the movement keys, now in six directions each. The ball is cancelled if it hits the left or right wall. This gives Sonata many possible mix-ups, including swing baiting, parry baiting, or keeping the ball to herself to setup a different attack. 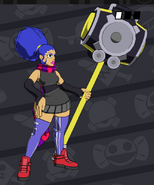 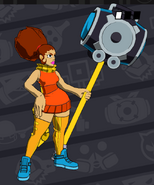 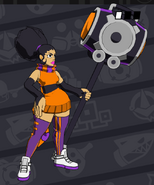 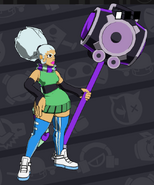 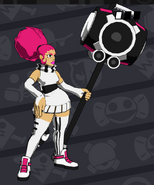 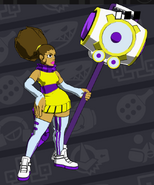 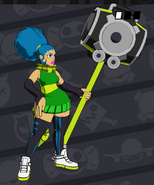 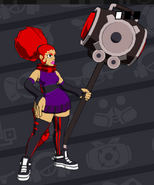 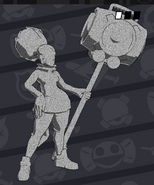 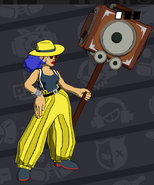 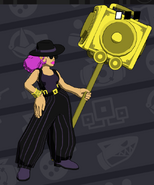 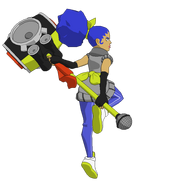 Sonata appearing in one of the Steam Profile Backgrounds 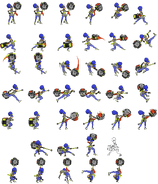